I’m sure I’m not the first one to do this, but I feel awfully smart for figuring it out on my own! I made taco meat the same way I would have made them a few months ago (before I decided to become vegan), except I subbed tempeh for the ground meat. You cook it the same way as you would with a taco seasoning packet and everything. Mind totally blown.

Even my parents liked it, who have been increasingly grumbling about my new vegan lifestyle and cooking.I made it one night with the assumption that I made way too much and we’d have leftovers for our lunches tomorrow. Boy, was I wrong. We ate it ALL up. Delish.

I didn’t get my own picture of a the tempeh before I crumbled it up, but I did take a picture of the package if you want to find it at the store. For those of you wondering what the heck I’m talking about, tempeh is fermented soy beans formed into a block. Similar to tofu because it’s made of soy, but the beans are whole and fermented. The fermentation makes soy healthier to eat and easier to digest.

Below is an image I pulled from a vegetarian blog post for reference.

You crumble the block up with your fingers, straight into a hot pan. In this picture, it kind of reminds me of a cereal, like Kashi or something. Don’t worry – it’s empty and flavorless. I got the “Five Grain” variety, so there are lots of other pieces in there, rather than just the beans. It’s a great vegan mimic for ground beef/turkey/chicken.

I cooked it just like regular taco seasoning directions. Except I have my own blend of taco seasoning. It seems silly to buy the packet when I already have all the spices at home and can EASILY pull it together myself. Then I can control salt and any other ingredients like preservatives and coloring. I have been using this recipe forever (which I found on Pinterest – surprise, surprise). You need: chili powder, cumin, paprika, oregano,  garlic powder, onion powder, salt and cayenne powder. I like to leave out the salt, but feel free to use your own judgement there.

After lightly browning the tempeh, put taco seasoning and water into the pan with the tempeh, let it come to a boil, then lower the heat, cover it, and go prep the rest of your toppings!

It doesn’t matter if you want to make a burrito, taco, bowl, salad, whatever. They’re all basically the same thing in different vehicles. Any time we have burrito-type meals, I make my usual guacamole. I also like to cut up some tomatoes, lettuce and cilantro. I tried to make this salsa in my small personal blender (basically a knock off magic bullet), but it came out like soup – oops. It came out way too smooth. My mom kept calling it gazpacho salsa all night. No recipe for that one, because obvi…

You have to have beans and rice with Mexican food, and I had just made (from dried) some red kidney beans. There are no rules on what kind of bean you have. Use whatever you have or like the best.

I’ve been getting beans from the Sprouts by my house because they’re way cheaper than the canned ones, have no sodium or weird stuff in the bean water, and are surprisingly easy to make from scratch. You just soak them overnight, then boil for about 45 minutes to an hour. Boom, done. 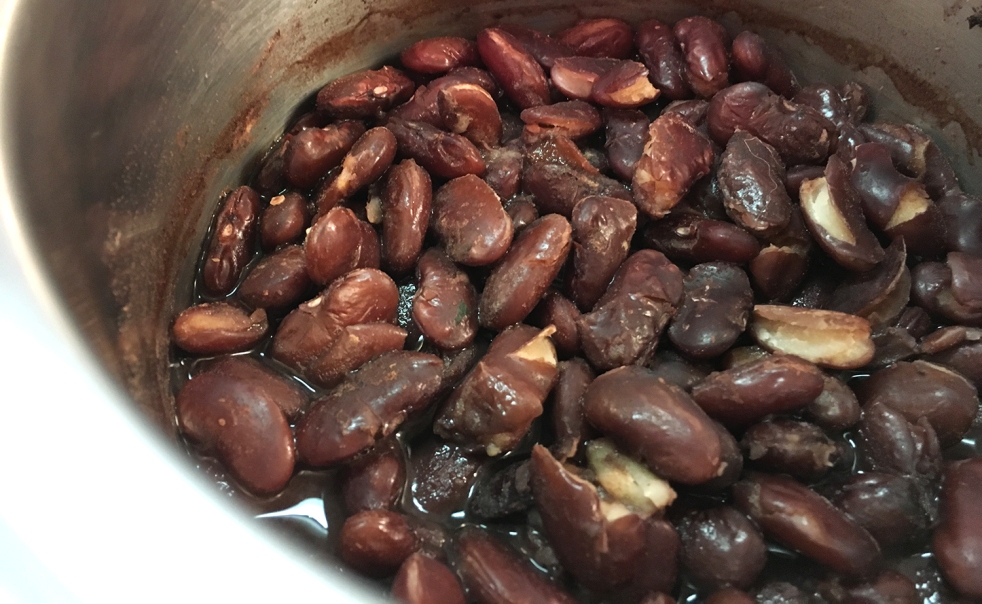 One time, we all went to my friend’s cabin in Tahoe, she made us this quinoa and brown rice from a packet to make us a healthy grain salad. It was so good. Now almost every time I have quinoa, I mix it with brown rice and it’s perfect. You still get that whole grain rice with the texture you’re used to, along with the protein-packed and decidedly less delicious quinoa! I don’t buy the packets because we already have both grain, but I’ve seen them at Costco if you want to go stock up!

I do half and half, so a 1/2 cup of quinoa and a 1/2 cup of brown rice, with two cups of water. The best way to cook it is to rinse/wash the quinoa, put the rice and quinoa into the pot with the water and turn it up to boil. Once it comes to a boil, reduce the heat to low and cover, then let it cook for about 20 minutes. After that, take it off the heat and let it sit for 10 minutes undisturbed. Don’t touch it. Don’t check on it. It’s gonna come out just right. Fluff it up with a fork after the 10 or so minutes you let it sit. Sometimes I throw some taco seasoning into the rice as it cooks as well. If you want to do that, just stick it in with everything else at the beginning so the spices can cook down. 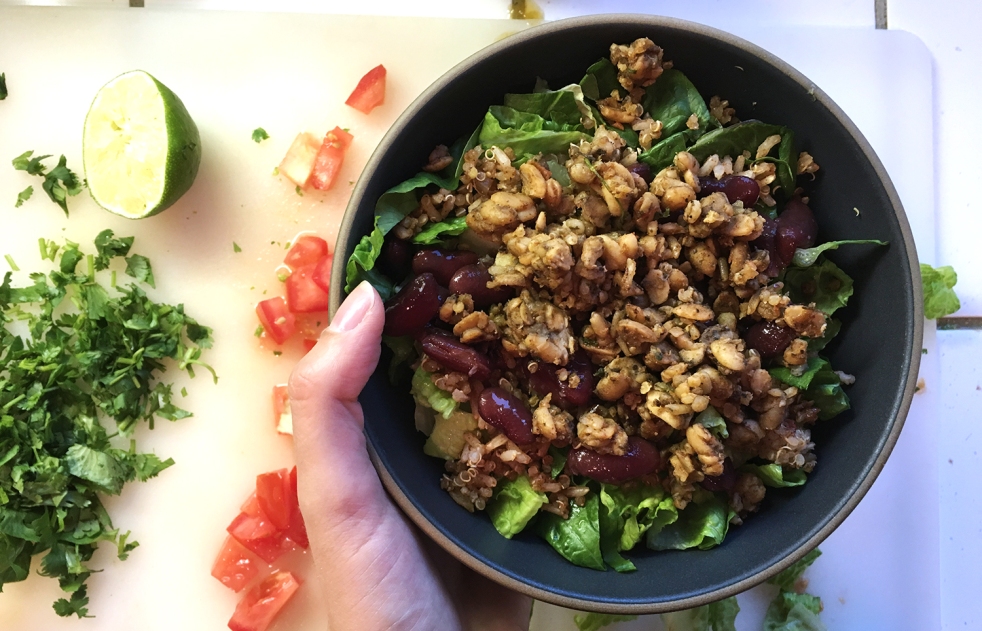 Let me know if you try this, and how yours comes out. I loved it, and it’s a definite repeat in my household!