I went a little crazy after stocking up at the bulk bins at Winco… nut butter time! The first one I tried was a copycat recipe. There is this amazing almond butter that my mom and I discovered at the Saturday farmer’s market here in Chico – Dark Chocolate Almond Butter with Sea Salt. OMG, drool!

Mine was a cheater version though, because I started with store-bought almond butter. Kirkland brand was what I had at the house so I used that one. Tasty on its own, even BETTER with chocolate… because let’s face it, what’s not better with chocolate? I made a small batch so you can always double/triple my recipe.

A couple grinds from a salt grinder (probably 1/4 tsp).

Throw all the ingredients into a food processor (or you could probably mix by hand if don’t have one – just chop up the chocolate). Pulse until desired consistency. Try NOT to eat it all 😉

Up next was a recipe I pulled from Shape Magazine online. They called it Oatmeal Cookie Butter, but since there’s no oatmeal in it, I feel like it’s misleading… So I’m going to call it Raisin Cookie Butter and I know you’ll love it! 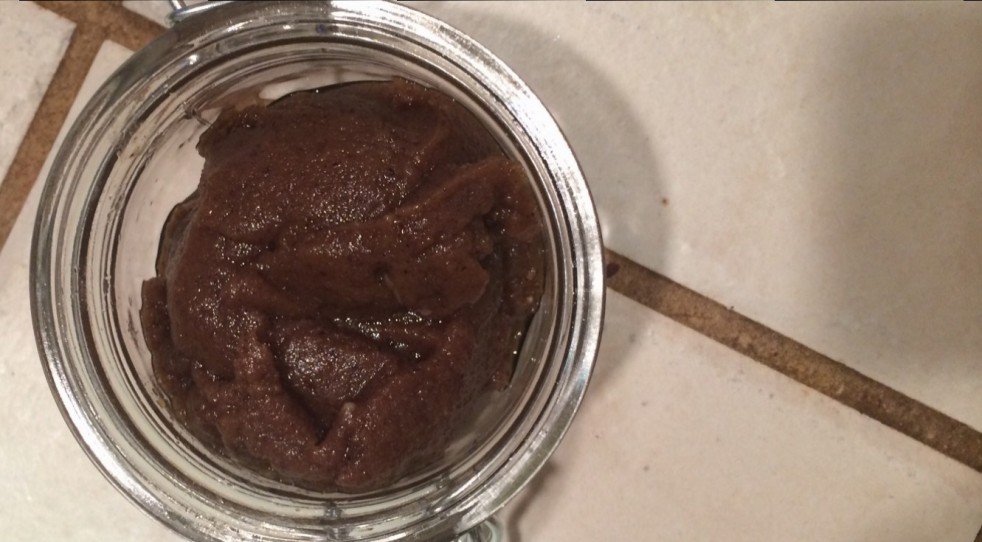 Put all ingredients into a food processor (you need one to make this nut butter). Pulse for a minute or two, until you see it coming together. It’ll be pretty thick, but just be patient and let it thin and smooth out. This one is like dessert on a spoon!

Ok, now time for some savory… this one was weird in concept, and still weird in execution. I’m trying to figure out how I can use it appropriately. It’s from Shape too, called Cheese Butter. Sounds good, because cheese + butter, but I can’t figure out what it would go well with. Maybe crackers and tomatoes – make like a pizza-flavored snack??

The recipe called for parmesan cheese, but I had this amazing aged goat gouda already in the fridge, so I used that in the recipe instead. Tastes good, but I think the concept of a “nut butter” is usually conjures up sweet treats so it’s throwing me.

1 oz sharp cheese (I used gouda, but you could do parmesan or anything else hard/strong)

Put all ingredients into a food processor. Pulse for a minute or two, until you see it coming together and getting to a smoother consistency.

I tried this one on a cracker with a cherry tomato and it was pretty good. I’ll have to keep you posted on recommended uses 🙂